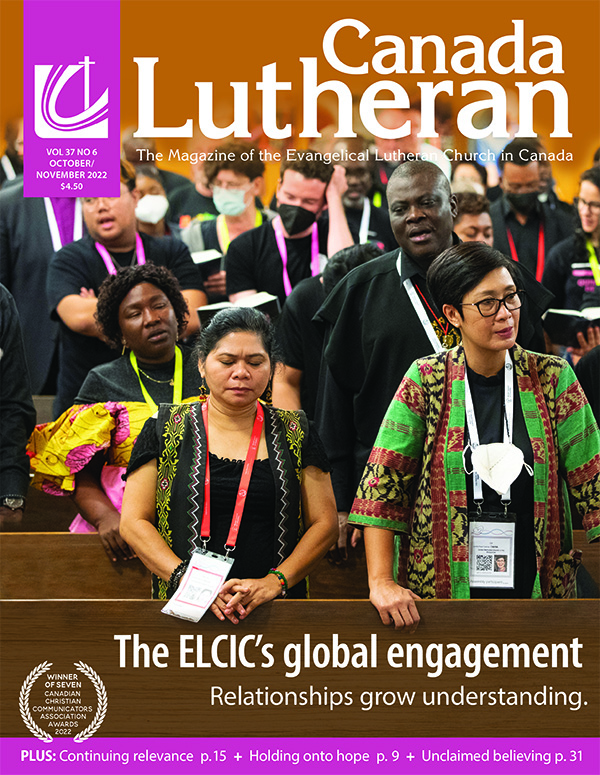 Black Lives Matter: Acknowledging the Racism in Our Midst

It is still shocking to me that in 2021 Black lives are still in danger. As someone who is old enough to remember the civil rights movement in the 1960s, it is outrageous that our society still needs to be reminding people that Black lives matter.

The gospel is very clear that all people are beloved and equal children of God.

But racism, systemic racism, is still in our midst. One only has to recall the video of George Floyd as he struggled while a police officer kneeled on his neck. We can name countless other examples of violence perpetrated against Black people in the U.S., in Canada, and around the world.

This acknowledgement of systemic racism makes many people feel uncomfortable. People ask, why don’t we use the hashtag “AllLivesMatter”?

Yes, all lives do matter, but to only say all lives matter redirects us from the attention of Black lives which are undervalued and more likely to experience more violence, more poverty, poorer health, more incarceration—the list goes on.

Jesus preached a message of radical inclusion. He went out of his way to reach out to those who were most persecuted and least advantaged in his time. Lepers. Women. Poor people. Sinners. Today Jesus also stands with Black people who are racially oppressed.

That’s why we are working with other denominations on the International Decade for People of African Descent.

That’s why I wrote to the government last year, “to express my support for motion M-36 Emancipation Day by the Honourable Majid Jowhari, Liberal, Richmond Hill, ON, to designate August 1 of every year as Emancipation Day in Canada.

“The realities of systemic anti-Black racism in Canada have been well documented—including by the United Nations’ Working Group of Experts on People of African Descent—and many of these racial inequities are directly linked to the legacies of slavery in Canada.

“Recent anti-Black racist acts and the subsequent wave of backlash against anti-Black racism have further highlighted the need to address the many systemic injustices and racial discrimination experienced by Canadian Black communities.”

That’s why our church has created an anti-racism task force to look at the ways, despite our best intentions, we have embedded racism into our lives together.

George Elliott Clarke wrote, “The way racism works in Canada, it’s very subtle. You may feel you’re a victim of racism or have experienced racism, but you can’t necessarily prove it—unless you get a [white] friend to go check out that rental, go check out that job, whatever. Unless you’re willing to really dig to prove you’re a victim of racism, it might be difficult to do that. And so, what you’re dealing with then is feeling, it’s emotion.”

Or, as Federal Deputy Minister for Indigenous Relations and Northern Affairs, Daniel Quan-Watson writes in OttawaLife magazine, “Many tend to think of racism as the obvious outbursts and the spectacular. The burning of a cross or the shouting of a racially-based insult. Racism, though, is like an iceberg to a ship travelling at night. You may or may not see it as you travel, but if you do, the visible part is only the smallest percentage of the danger you face….”

If you haven’t already read it, I recommend Dear Church, A Love Letter from a Black Preacher to the Whitest Denomination in the U.S. Although written to the Evangelical Lutheran Church in America, there are certainly many parallels with the experience in Canada.

And that is why we need to lift up and honour Black History Month in Canada.

Loving God, we give you thanks for all of your beloved children. Help us work to end the scourge of racism. Help us to prove in our thoughts, words and deeds that Black lives matter. In your holy name we pray. Amen.